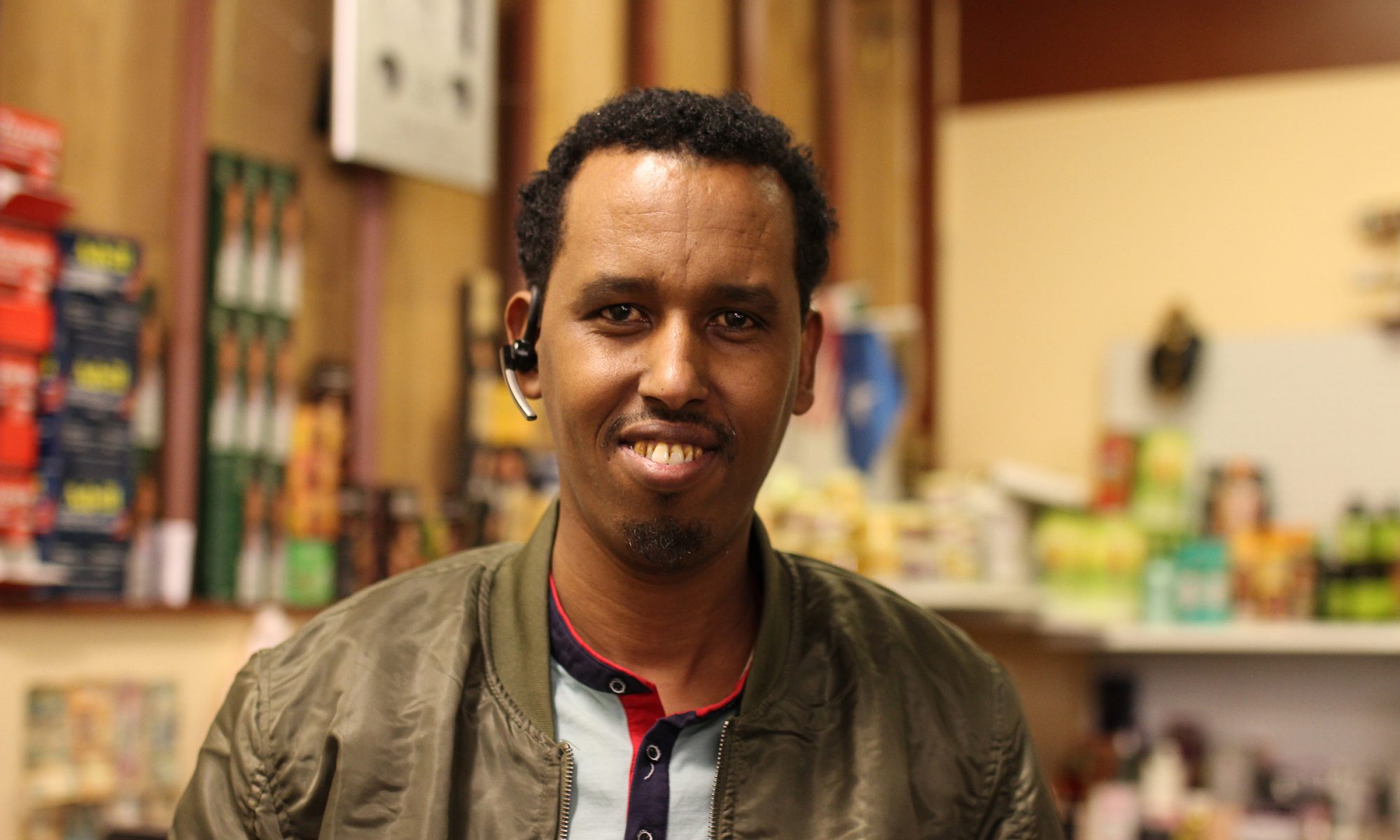 His father owned a restaurant back in Somalia. Hade started working there when he was 13, he said. At 17, he took over the business.

In 2007, when he came to the United States, Hade started out like many refugees in the area by working at local meatpacking plants. The jobs are easy to pick up, don’t require English skills and pay better than other similarly skilled employment. Hade worked at both JBS in Greeley and Cargill in Fort Morgan. But he had dreams of doing something different.

“I see Cargill was very hard,” Hade said, standing in the tea aisle with everything from boxes of Lipton to Ketepa Pride, a tea from Kenya. “When I was back home, I have my own business and I get more benefit — like when you work (for) somebody or you work on your own.”

At first though, the idea of opening his own business seemed daunting, he said. Hade imagined he’d need hundreds of thousands of dollars to start even a small business in America.

But he also saw an opportunity.

“Fort Morgan, they don’t have any business at that time,” Hade said. “And I see they need to get a business in the community — in my community.”

A community with a quickly growing refugee population.

In the OneMorgan County office, executive director Susana Guardado has a wall-sized map of the world with clumps of pushpins in it.

“Something that’s always been ingrained in me since I was little,” Guardado said, “is whenever I would hear any negative retort towards immigrants, I knew enough history to know, ‘Wait, we’re all coming from immigrant backgrounds, unless you’re a Native American here.’”

So whenever someone walks in the door, she gets out a pin and asks them to point out their family roots.

Guardado immigrated to Fort Morgan from Zacatecas, Mexico at the age of 5. Now she works with other immigrants to help connect them with their new community, whether its translating paperwork or helping them to utilize the skills they had in their native country.

“The biggest thing is people not valuing the skills and assets they have as individuals,” she said.

Abdiwahab Hade already knew a lot about running a business in Somalia. What he needed was help navigating the process of opening a store here. He started small.

With just $7,500 that he’d saved up from working at JBS and Cargill, Hade opened his store five years ago. The small market is set in a shopping center in the southeast part of town, alongside several other immigrant-owned businesses. The location was important, he said. Hade wanted to be close to his customers, even within walking distance for those who might not own cars.

At first, the store focused on staple items: corn meal, beans, rice and halal meat, slaughtered in keeping with Islamic law. Over time, he added more products, focusing on things his customers couldn’t get.

“All the other stores, like Walmart or Safeway or Walgreens, they didn’t sell goat meat,” Hade said.

So he stocked goat meat. For a while, he also sold camel meat and camel milk, but he said those items proved too expensive for most customers. Now he keeps just a few boxes of powdered camel milk on the shelves for those who really want it.

Products familiar to most Americans are also sprinkled throughout the aisles, like Coca Cola and ramen noodles. The fresh flour tortillas he keeps in the refrigerated section are used as a replacement for the dough typically used to make sambusas, a fried pastry with a savory filling.

Over the years, Hade has expanded his business — adding a cafe and a small clothing boutique across from the market — but it’s about more than just providing products.

It’s the reason why he has a money-wiring service within the market, so people can easily send money home to their families. And if a customer is a little low on cash, Hade is willing to extend credit.

It’s that kind of service and attention to customers that makes the Fort Morgan Mini-Halal Market stand out. Because it’s not just about milk, flour and eggs. It’s about community.