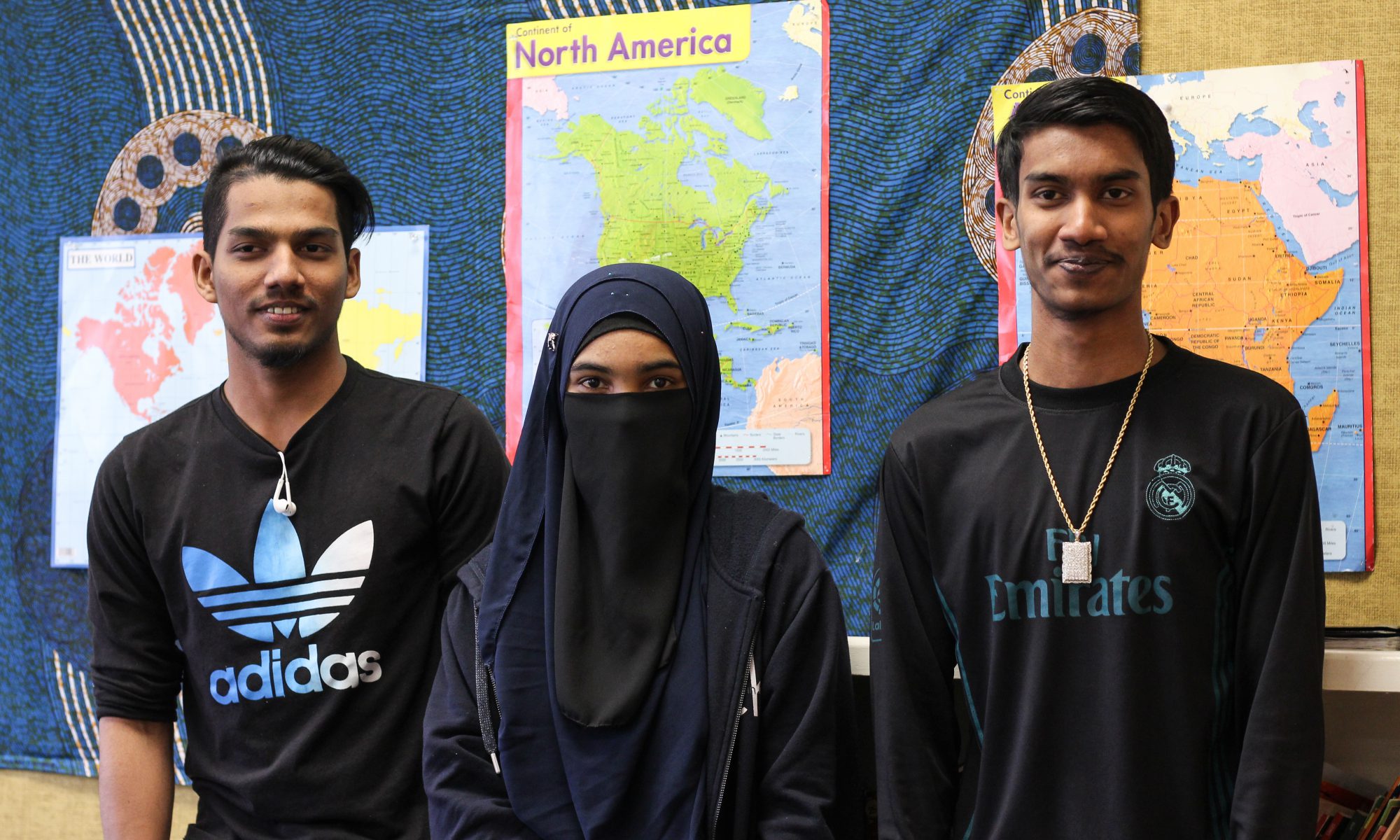 Abdul Ghani Bin Abdul Munaf strolled through the halls of Greeley Central High School on the way to his next class. Ghani, the name he goes by, is 18 and has attended the school since January 2018.

“The school (was) a little big and I was really nervous,” he said. “Like I’m a first time. Nobody know me, who I am and where I come from.”

Ghani is a Rohingya Muslim. His parents are originally from Burma, also known as Myanmar, and immigrated to Malaysia before he was born.

Growing up in Malaysia, Ghani said he couldn’t go to school or work because of discrimination against Muslims. Two of his older brothers had been resettled in Greeley. So, in December 2017, Ghani, along with his mother, sister, three other brothers and a niece joined them.

Last year, Ghani was one of about 370 English language learners at Greeley Central High School. He said the language barrier has been the biggest challenge.

“The most important thing that I have to do is learn English to speak,” he said. “Because if I don’t know how to speak English, it’s going be tough for me wherever I go.”

To help students like Ghani, there are four Culturally and Linguistically Diverse (CLD) teachers at Greeley Central. This year, for the first time, the CLD teachers are paired with content teachers for math, English, science and social studies.

Laura De Groote, a CLD who co-teaches math, said this format helps students who have different academic backgrounds and are learning English to access grade-level content.

“Some students have had a strong academic background from their native country,” De Groote said. “Others, they were not able to do all years of school prior to coming to high school.”

Two decades ago, De Groote said, there were probably 20 EL learners at Greeley Central. Last school year, they made up almost a quarter of the student body.

“Predominately my students, when I first started here, were Spanish speakers, mostly from Mexico,” De Groote said. “The past decade, the population has diversified greatly with incoming refugees from different countries and then a lot of students from Central America.”

‘You are very brave’

Rohayati Binti Rofiq is Ghani’s niece that moved with him to Greeley.

In Malaysia, Rohayati stayed at home. She did the cooking and helped her grandmother and mother with her younger siblings. But here in Greeley, she’s just another teenage girl hanging out with her friends between classes.

“My friends the best,” she said. “They help me, they help me with my homework and we make some fun and go outside.”

Many of Rohayati’s girlfriends are also Muslim and they wear hijabs, or headscarves. Rohayati, on the other hand, wears a niqab, or face veil.

“I tell her like, ‘you are very brave,’” said Fathia Barkadle, a CLD teacher who co-teaches social studies. “Not a lot of people would do that and I’m very proud of her.”

Barkadle is a Somali Muslim. But she grew up in Ethiopia before resettling in Minnesota with her family when she was 14.

“Whenever I see them, I just see new me,” she said. “I was an English learner, I was (a) refugee student. I was an immigrant student. I was the newbie of the school.”

Now 27 years old, Barkadle is a graduate of the University of Northern Colorado. She majored in psychology and English as a second language. Barkadle became a teacher to work with newcomers.

“In my entire family, no one graduate from school or college,” Karim said. “So, I’ll be the first one.”

Karim was 19 years old when he enrolled at Greeley Central last January. He must finish all his credits before Jan. 1, 2020,when he turns 21 and ages out of high school.

CLD teacher Laure De Groote has taught Karim from the beginning and said he came to school with some academic deficits.

“He didn’t have some things like basic skills that we learn in primary (education), like multiplication, division. But he picked up those quickly and he’s tackling grade-level work now,” De Groote said.

Karim graduated from Islamic school in Malaysia, but he studied religion there, not academics. Now he stays after school, gets tutoring and takes online classes to complete high school in two years.

“I have to do it before December. I’m looking forward to do it,” Karim said. “I want to graduate so badly because just want to make my family’s life better and make them proud of me.”

Last spring, Karim won an academic award for excellence in Foundations in Language Arts. He said he plans to go to college and study information technology.

As for Rohayati and Ghani, they’re simply enjoying life as high school students.

“I can go to school, have friends,” Rohayati said. “I love that.”