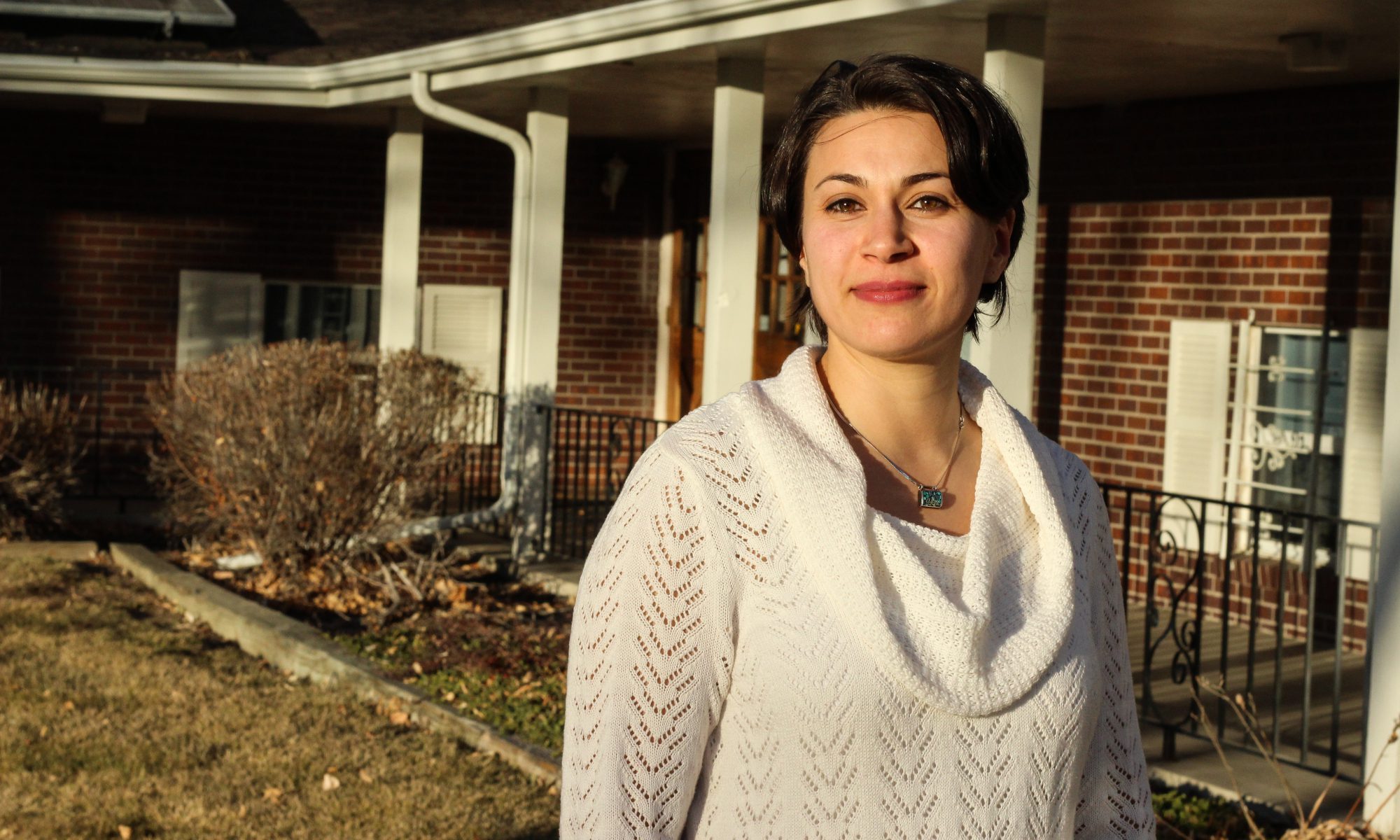 The inside of Enas Alsharea’s office is small, but tidy. There’s a coffee mug on her desk with a photo of her smiling kids on it.

“This is my daughter, Abby,” she said, showing off her space. “She’s 11 and in the fifth grade. This is my son Haydar. He’s in first.”

Alsharea is a health navigator for a refugee medical clinic in Aurora. She schedules appointments and does interpreting for the newly resettled.

She likes her job, but it’s a far cry from her time as a practicing dentist in Baghdad, Iraq.

But safety concerns that year forced her to drop everything and flee. And when she arrived in Denver, she couldn’t find work.

“I didn’t know where to look,” she said. “I knew nobody here. I just felt … just out of the system.  An outsider. I don’t know how to explain it better. Just an outsider.”

Each year, dozens of doctors, nurses and other medical professionals like Alsharea come to Colorado as refugees only to realize their foreign certifications aren’t worth much in the United States.

Despite efforts from the state to help, many abandon their careers.

Carrie Miller, the program coordinator at Colorado Welcome Back, a non-profit that helps guide refugees through job interviews and other hurdles of getting back into their professions, said she’s working with more than 100 clients right now.

“Basically it’s what’s referred to as the brain waste,” she said.

Many clients, she said, end up working in entry-level jobs.

Miller said most arrivals can’t juggle the stress of adapting to a new country while chasing a career in a highly competitive field.

“We’re undervaluing where people came from,” she said. “I’m not saying that there’s not differences, like you have to address that, but there needs to be a system in place where we’re at least acknowledging some common standards.”

The state’s Refugee Resettlement Office has responded by investing in more retraining programs, and not just for medical professionals.

“We want to instill in our refugee community members that what they’re doing when they first arrive doesn’t necessarily have to be what they’re doing in five years and in 10 years, in 15 years,” said Kit Taintor, the office’s director.

Taintor said they’re looking bridge the gap by offering scholarships for those looking to get back into high-skilled fields.

It’s a decision that Enas Alsharea, the Iraqi dentist, has been grappling with. The recertification programs she’s looking at cost upwards of $200,000.

“The idea of a debt, coming as a refugee coming from back home, is really scary,” she said. “We don’t have this system of being in debt or paying off homes. We just live on what we have.”

But money’s not the only obstacle. The years spent resettling and not treating patients have left her skills a bit rusty — and that makes passing exams tricky.

“It’s just like driving,” she said. “If you don’t drive for a while, you find it kind of weird to get in the car and drive.”

She’s tried, and failed, for two years in a row to get into the dental program at the University of Colorado. And until recently, Alsharea’s been hesitant to expand her options outside the state.

“I’ve been calling Colorado my second home and I didn’t want to move,” she said. “It brings the trauma of leaving my home again.”

But this year, she’s applied to several schools in other states.

“The dream is to get back to me,” she said. “That is who I am. That’s how much I have invested time, money, many years of my life to get to that point. It’s not a new dream. It’s just getting back to who I am.”

She’s eager to get an acceptance letter this spring.