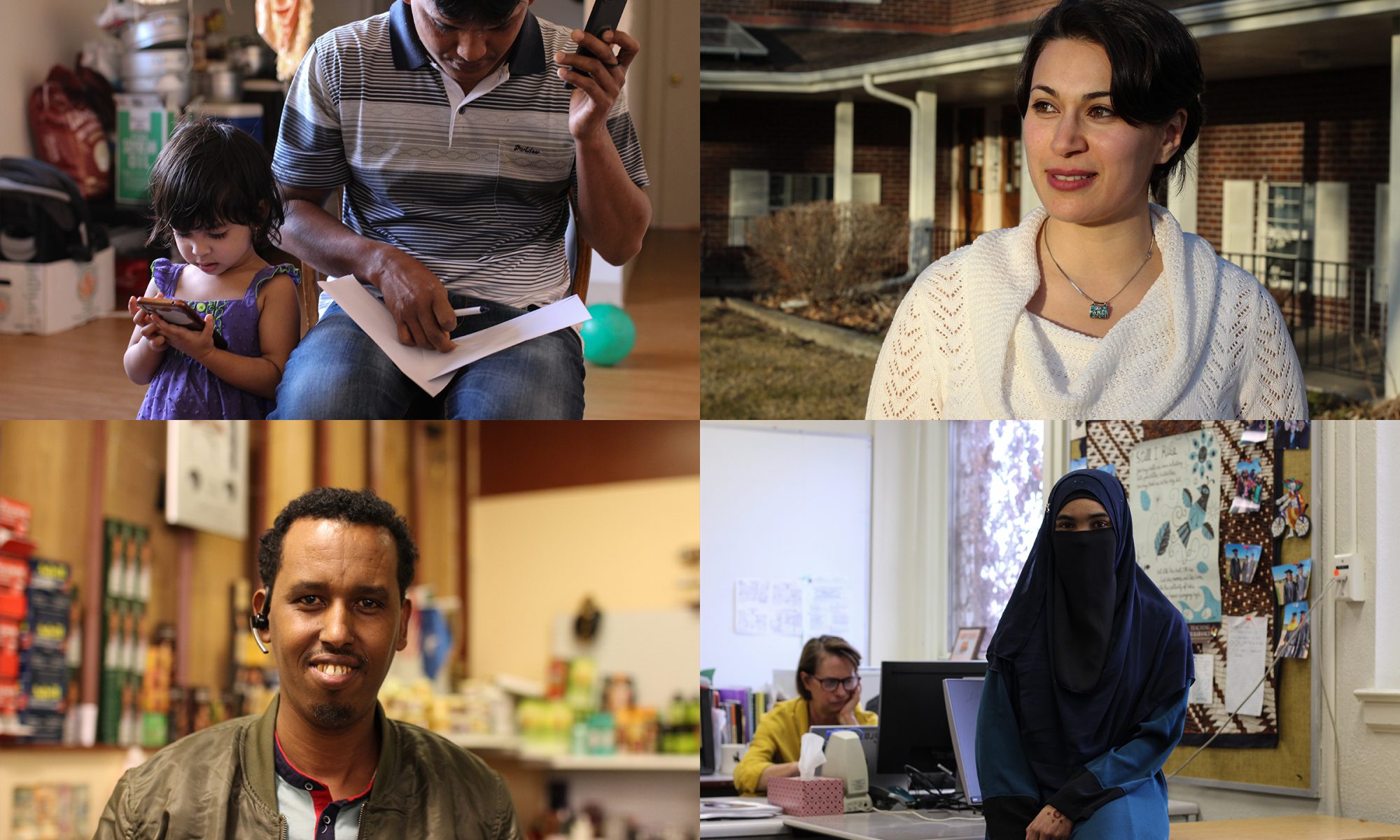 The Trump administration has cut the number of refugees allowed to settle in the U.S., citing security concerns and a desire that they remain closer to their home countries.

Last year, 981 found homes in Colorado — far fewer than in years past.

The change has created a degree of sadness among those hoping to bring their families here, said Kit Taintor, Colorado’s refugee resettlement coordinator.

“There’s a lot of refugees who live and reside in Colorado, and call it home, who have been waiting for the opportunity to rejoin with family members who are still overseas,” said Taintor.

This week, KUNC is sharing stories from our state’s refugee community.

We look at their impact on the communities they live in and the state’s economy — and what it’s like adjusting to a new culture.

We start with the question: Where do these refugees come from?

Collin Cannon:  People who are primarily arriving are coming from three countries: one is the Democratic Republic of Congo, the second is the Republic of Myanmar, also known as Burma, and we have Eritrea as the third largest country.

Now when it comes to secondary arrivals — which means that the individuals are already resettled into the United States but then are choosing Colorado after they’ve already been here — then we also add Somalia to that mix. We have a large population of Somali individuals coming to Colorado.

The reason they’re coming here, both as primary and secondary arrivals, is for a variety of reasons. One, is the relatively low cost of living, which of course is changing. Secondly, it’s the ubiquity of jobs in agriculture and meatpacking that draws them here with the promise of a decent enough wage, and kind of no questions asked about English ability or anything else. Thirdly, they have community members already here whom they can network with.

Catherine Welch, KUNC: Greeley, Fort Morgan and Aurora have some of the largest refugee populations. I would imagine language has got to be a barrier, how do they get help with the translations?

Cannon: Language barriers are usually overcome through a variety of ways. The first and foremost is a social network, including children. I’ll give an anecdotal story about this.

There’s a local high school that has a group of young men who are not excelling in their academics. And when we approach them as an organization saying, “How can we raise your academic performance?” They said, “Well, I need to be in class more. The reason I’m out of class is because I need to help my family and friends in setting appointments, in going to the bank, in doing routine daily life exercises, which because my English ability is so much greater than theirs, they asked me to join them.”

Which of course is admirable and understandable. At the same time, we could see the academic cost to those children.

Welch: Have city governments realized they need to communicate in various languages to reach these diverse communities?

Cannon: One of the ways that I’ve seen evidence of cities — I’ll talk specifically about Greeley — really taking the diversity of their communities and the diversity of languages to the fore is in preparation for the census, which is coming up in 2020.  They’ve been adamant about having representation at those tables to say, “Not only does it matter that you are able to take this census so that you are counted, but it matters that you have input in the process of how we’re going to market it to communities, making sure that we break the language barriers to get people informed about what the census means.”

So, I’ve been blown away in a very positive way about just how proactive Greeley has been in making sure that the diversity of the community that lives here as it is, is represented.

Welch: A state report found refugees are putting more back into the economy than they get in assistance.  So, what’s the impact on a place like Fort Morgan if there are fewer refugees settling there?

Cannon: The economic impact is actually pretty great. And so, this is something that I’ve never really understood. It seems like even the staunchest capitalist should be the most ardent supporter of refugee resettlement particularly because we return on this investment in two ways: one, in tax revenue at the local and state level. The return on that, as the state report showed, was actually … $1.23 in tax revenue brought back (per dollar spent on resettlement). But then in economic activity, it was $1.68 in actual economic activity.

So, cities like Greeley and Fort Morgan where we have large industries in meatpacking, in agriculture, growing in hospitality services as it relates to hotels — these industries are growing, and they need a labor force that’s willing to take those jobs. This has been one of the lasting, great debates as it relates to immigration as a whole. Who do we choose in order to work these jobs and will a native-born work force ultimately end up choosing these?

There’s mixed results on this. What we see is that our refugee cohort are willing and able to take these jobs which pay well enough, and they’re a job that the individuals are more than capable of doing, and they use as a platform to raise their economic mobility.

This interview has been edited for length and clarity.