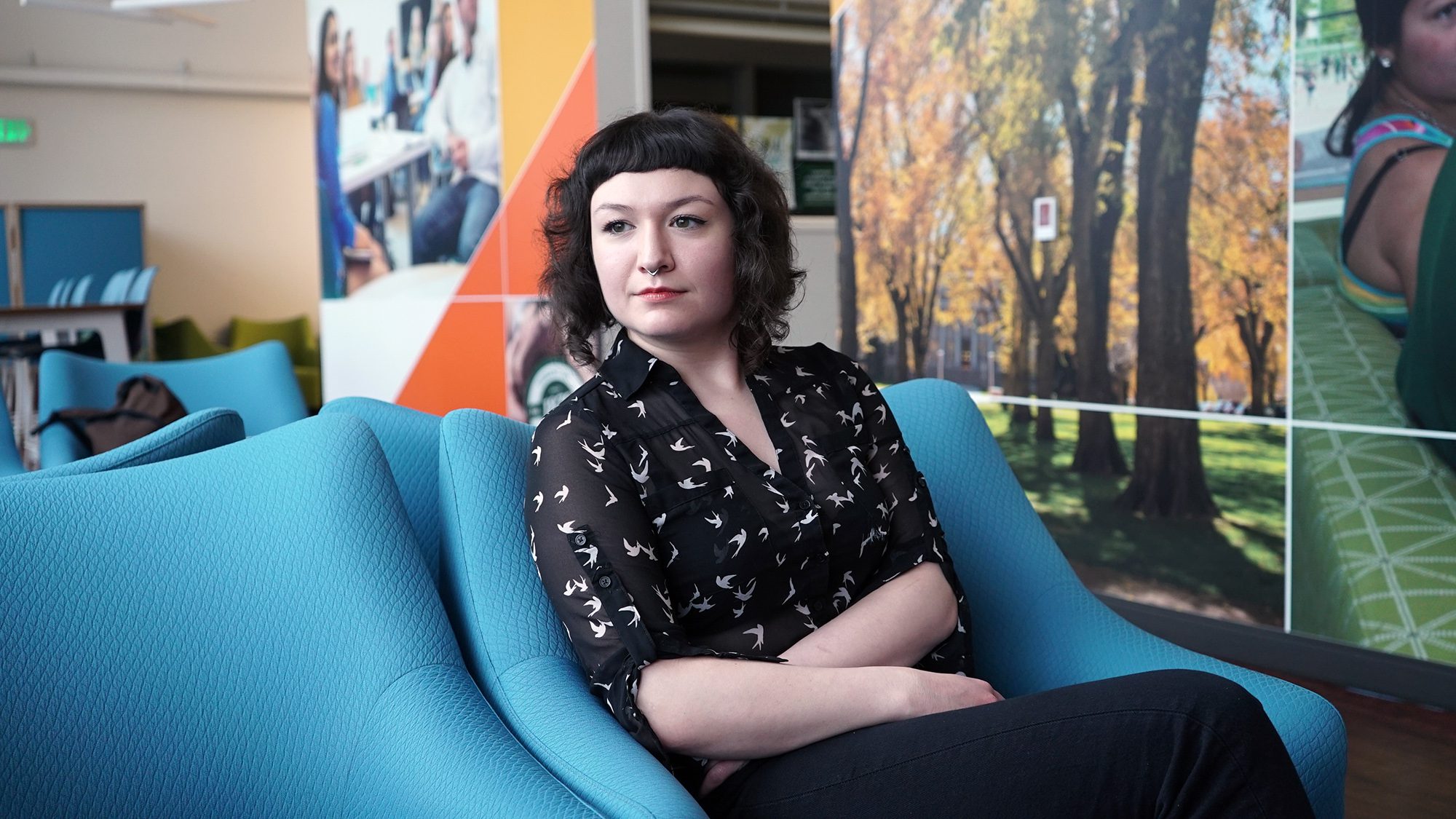 Spencer Hall was about 13 or 14 when his life changed.

“I was at my brother’s house,” said Hall. “We had the police and social worker knock on my brother’s door and tell me that they were taking me into foster care.”

Hall bounced around a couple different foster homes before joining the army at 18. Seven years and an associate degree later, he transferred to Colorado State University in Fort Collins.

“I always dreamed, dreamed of being a student at a university,” said Hall.

Soon, the 26-year-old junior hopes to do something that very few students from foster care do: graduate with a four-year degree.

Colorado does not keep data on this but nationally, depending on the state, between three and 10 percent of students from foster care backgrounds will receive a bachelor’s degree.

Hall is a first-generation college student and his first semester at CSU didn’t start off well.

“My first week, I walked around campus, I felt like I didn’t belong. I felt unconnected, I didn’t feel supported,” said Hall. “I was in tears, I felt absolutely terrified. I felt like I wasn’t going to make it.”

But soon after arriving at CSU, Hall was invited to join the Fostering Success Program. The program supports independent students from different backgrounds including foster care, emancipation, kinship care, ward of court, orphan and unaccompanied minor or homeless youth. Fostering Success fills in the gaps for students who can’t ask parents or other family for support. Students are identified through admission and financial aid applications.

“We are a community of about 200 independent students,” said Andrea Fortney, the program’s senior coordinator. “It’s a free program, they can participate as much or as little as they want.”

The Fostering Success Program is donor-funded. It was created in 2010 by two graduate students who were also in foster care. Back then, there were just 13 students in Fostering Success and the program mainly focused on sending care packages. It was a way to show the students they were valued and important.

“The students were feeling a little isolated because they were seeing students in their residence halls receive packages from families,” said Fortney.

Since then the program has grown to include scholarships, an emergency fund, family dinner nights and events to expose students to high-impact activities like study abroad experience and internships.

Fostering Success launched a new initiative last fall, a mentorship program funded by Educate Tomorrow. The mentors are four independent students and there are about 30 mentees who are first-year or transfer students.

Henke, a 23-year-old psychology major, has eight mentees. She regularly meets with them at the Fostering Success Program offices on campus. Henke also plans group social activities, like going to a movie and an escape room.

“If you’re really hungry or you’re worried about paying rent or you’re homeless, it’s going to be fairly difficult to do well in college.”

Henke is Hall’s mentor. Hall is in the Army reserves and will have to miss the last week of school and finals to attend annual training. He said he thinks his professors will be accommodating, but is still nervous.

“It’s just the fear of like knowing that I have so many scholarships and this could potentially affect that. There’s a lot of anxiety behind that,” Hall said.

During one of their meetings, Henke throws out different actions Hall could take to resolve this issue. One of her recommendations is to contact Adult Learner and Veterans Services, which Hall didn’t realize could be a resource when talking to his professors.

Henke’s main job as a mentor is to advise and connect her mentees to campus services to help them succeed at CSU. She wishes she had a mentor, Henke said, after transferring to CSU as a junior last year.

Since the 2008 recession, almost every state in the country has reduced funding for four-year public institutions while also raising tuition. Colorado is no exception. State funding has decreased by almost 10 percent and students pay over $4,000 more to go to school.

The high cost of college can disproportionally affect independent students.

“If you’re really hungry or you’re worried about paying rent or you’re homeless, it’s going to be fairly difficult to do well in college,” said Fortney.

The Fostering Success Program, and its mission to support and connect independent students to CSU resources and services, is improving student success. Their four-year graduation rate is similar to other CSU students, said Fortney, but the six-year rate is higher.

Hall is about to finish his first year at CSU. After switching his major to social work, he is excited about his classes and on track to graduate in the next couple years. Both Hall and Henke are thinking of getting master’s degrees in the future. “Having someone help me navigate the process was amazing,” said Hall.